‘The Wall’ was the #1 Most Watched Broadcast Show

Yes, you read that correctly, NBC’s ‘The Wall’ smashed all other competition last night in every key demographic as well as in total viewership. NBC’s The Wall was the MOST watched original telecast on the Big 4 networks for Thursday night!

Since the production’s genesis back in December 2016, NBC’s ‘The Wall’ has been must see television nationwide. Executively produced by Lebron James (Springhill Productions) and Andrew Glassman (Glassman Media) the game show offers everyday ordinary people a chance to become millionaires, virtually overnight.

The Thursday night blockbuster gained extreme momentum after Lebron James hand delivered over a million dollars to the first family that were contestants on the show.

In order to quantify their success here are a few statistics. Check this out! ‘The Wall’ beat the nearest time slot competition by over 1.2 million viewers. The new game show received #1 ranking on Broadcast for the night in all key demographic areas as well as in total viewership. In the premiere of the second season, the show seems to be already on track to pick up on last season’s momentum. The premiere went on to rank #1 on Broadcast for the night with W18-49, and was among the Top 3 programs with the coveted A18-49 demo and won the night in total viewers! 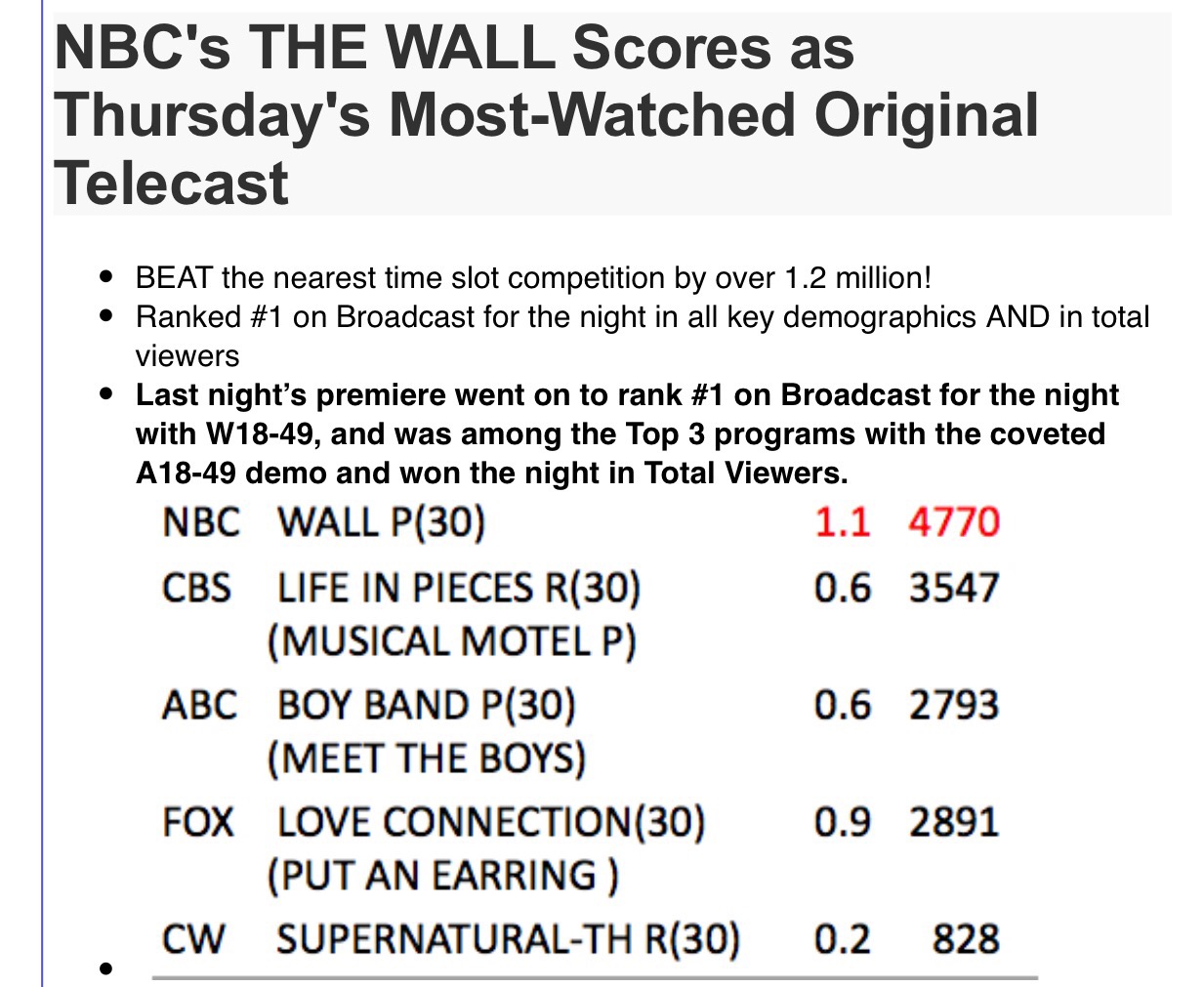 ‘The Wall’ is no fly on the wall when it comes to prime time television. They are most definitely among the elites. They also tend to cater towards a more upscale crowd. After Thursday night, ‘The Wall’ is indexing at a 113 among adults 18-49 living in homes with $110K+ incomes (with 100 representing an average concentration of those homes). The numbers are off the charts and well above industry average. NBC’s ‘The Wall’ definitely has the ingredients to be around for decades. Make sure you tune in for NBC’s ‘The Wall,’ Thursday nights from 9-10 p.m. ET.

Smith and Smith Media Group of Atlanta, Georgia is super elated to be apart of the casting for this new, hot, must-see game show. Congrats to Aaron Long, Todd Doram, Quintin Strack, Shameela Bakhsh!!! The Wall is one of the most exciting game shows on TV these numbers aren’t lying!!! Don’t miss next!!!